Agriculture is one of the most extensive sectors for any economy, whether developed, on the development process, or underdeveloped, and applies to all types of farming. The root of the agricultural sector is set by farming and cultivation of crops. Farming is not as easy as it looks, superficially it might look like that the only job of farmers is to sow the seeds into the mud, and then when it grows, just simply collect it. But there’s a lot of science and numbers related to farming, which goes unnoticed by the mass. Also, there are types of farming that we’ll be discussing below.

In simple words, farming is defined as the act of growing crops or raising livestock for the purpose of business. I still remember going through my geography book back in grade 7 and 8, and we used to have a separate section dedicated to “Agriculture and Livestock.” In that particular book, we had two chapters on Farming and Plantation”, where various types of farming were taught, such as terrace farming, contour farming, Arable farming, subsistence farming, etc. Keeping all these in mind, let’s take you into the world of farming as we discuss the various types of farming, so stick with us till the end.

Relating to the definition of farming, let’s start with ‘Commercial Farming.’ Commercial farming is known as the practice of farming that is conducted to generate profits and make a living by selling the constituents. It can be done in two ways; one is by the cultivation of crops or plantations, and another one is raising livestock or by producing livestock. The profit is generated by selling the cultivated crops or any form of derivatives from the raised livestock.

Farmers need to be up to date with modern technology and crops in demand when it comes to the commercial form of farming. It requires extensive integration with upgraded technology, innovative farming techniques, and new methods of creating maximum profit from raising livestock. This method of farming normally follows a capitalistic nature. The higher the capital invested, the higher the turnover enabling this form of farming to be highly profitable and popular. In commercial farming, a specific set of crops or a certain type of animals are raised to ensure that farmers are generating the maximum revenue.

Back in prehistoric times, farming techniques were natural, and all sorts of preservatives were derived from nature. Organic farming is the type of farming where crops and plantations are conducted through organic methods such as natural fertilizers, soil nourishers, etc. Modern farming techniques use a number of artificial additives that cause the soil to lose its timbre and its level of fertility. Day by day, the norms of farming are losing popularity among the farmers because advanced technology makes life easier and efficient for them.

In many parts of the world, organic farming is still popular and well-practiced. Crops grown organically causes a reduced amount of wasting resources and pollution. A famous method used in organic farming is crop rotation, which involves farming different types of crops in the same region of the land but in simultaneous seasons. With the rising issue of global warming and the issue of consuming natural fruits and vegetables, organic farming will slowly regain its necessity among the farmers.

Terrace farming requires a huge man force and a hardworking bunch of farmers, who need to spend hours in the land. This form of farming was mainly developed to ensure that crops aren’t washed away or damaged due to soil erosion. The economy in the hilly areas is thriving for a long time due to the brilliant concept where crops can grow more efficiently. Farmers practicing terrace farming need to adapt to the organic methods of farming as modern technology or innovations do not have a significant effect on it.

The main purpose of farming was to initiate a source of food. Subsistence farming is defined as the farming procedure where crops are cultivated, or livestock is raised for a farmer or an entity’s personal usage. Crops are not grown in excess, or livestock is not raised more than the amount required since they’re not meant for selling or trading. Subsistence farming is usually carried out on a small-scale, which means it’s able to feed one or two families, but it cannot be used for large-scale production and selling like commercial farming.

Subsistence farming is practiced at large in the Sub-Saharan region of Africa. The poor people of that region rely heavily on this form of farming to feed themselves. There are several drawbacks related to the subsistence form of farming. Since it’s carried out in a limited quantity, most of the time, it’s destroyed during a natural calamity such as a drought or a flood. It’s a very environment-friendly method of growing crops and raising livestock, but it’s losing its significance.

A tedious form of farming carried out on highly fertile land and only on specific areas with an abundant source of minerals. Mixed farming is a rather modern procedure of farming where 2 or 3 different crops can be grown on the same land. Mixed farming is also known as the type of farming where crops are cultivated along with that livestock is raised. Farmers can make an earning from two different sources. It requires an intensive amount of labor, and a considerable amount of capital needs to be raised to carry out this form of farming successfully.

Mixed farming can be classified in three ways. The first one is on-farm farming. An example of this form of farming is using the waste products of animals such as cow dung or manure and using it as a fertilizer for crops. The next one is infusing crops with the mechanism of raising animals. For example, cow and sheep graze on the same land that helps in boosting biomass usage. Lastly comes diversified and integrated mechanism for farming. For example, a farmer can grow crops, use dairy from cows, collect wool from sheep, etc., in an independent process.

Farming with an aim and vision to generate huge profits and create a sustainable business can depend on intensive and extensive farming. Intensive farming is the farming procedure where crops are grown, and livestock is raised on a bulk amount so that the maximum output is generated from fertile land. The idea of intensive and extensive farming is raising the maximum capital possible and investing them in acquiring high-end machinery, advanced technology, a large number of resources, fertilizers, pesticides, etc. \

Feeding the mass is the main target of intensive farming along with that, the maximum yield of an area can also be measured. It causes the overall price of the harvested crops to decrease, enabling the lower class and lower-middle-class people to obtain food at a low price. Intensive farming comes with a major drawback. The usage of high-tech machinery and artificial fertilizers and pesticides lowered the timbre of the soil and is turning out to be a major reason behind deforestation.

A popular system of farming that is found mainly in the hilly areas. Contour farming is the method of farming where farmers create a pattern in the field that is parallel to the slope of the hill. Contour is made in order to resist any sort of soil erosion. When water from the slope runs down, there are definite gaps for the water to seep through to the soil. Contour farming is often combined with strip cropping, which allows diversified crops to be grown in the same region.

In the hilly areas or mountainous regions, soil erosion is a substantial barrier to efficient farming. With the method of contour farming, soil erosion can be drastically reduced since it creates a break for the running water. Hence, the soil is fertile for a longer period making it economical for the farmers. All in all, contour farming is highly efficient for tea plantations and other crops suitable for growing in hilly regions. It’s practiced highly in western countries, and it can also be infused with intensive farming.

One of the most commonly practiced forms of farming, popular for its simple and basic techniques. The root of farming is known to be developed through the idea of arable farming. In arable farming, crops are the main method for farmers, only crops are cultivated on arable land. Arable land is the type of land where the growth of crops is consistent around the year, and it’s suitable for plowing, providing fertilizers, etc. The first job of a farmer is to identify an arable land that is appropriate for conducting arable farming, and there are several modern technologies such as remote sensing, monitoring devices, and many more.

Arable farming is a highly efficient process, and it can be performed through various organic procedures. To grow crops in a short period, this form of farming is reliable, and it can be conducted economically. Arable farming is usually carried out on flatlands or on a slight slope, which allows the land to be fertile to a considerable depth. The practice of arable farming can normally be observed during warmer seasons because the temperature is optimum for the growth of crops such as wheat, barley, rice, etc. This sort of land is also appropriate for using heavy machinery and sheltering the crops.

Crops are not favorable for growing in colder regions or in surroundings where temperatures don’t tend to rise consistently. Those barren lands can be perfect for pastoral farming. Pastoral farming is the method where farmers raise livestock to earn, it can be by selling them or doing business with the derivatives produced from the livestock. Farmers tend to rear animals such as cows, goats, sheep, horses, etc., in a huge number. Pastoral farming does not require any fertile area or land for growing crops, it can be easily practiced on lands with little growth of grass.

In the end, farming is one of the primary sources of income for people living in rural areas in any given country. It requires hours of labor and hard-work to grow crops or raise livestock regardless of types of farming, and on the whole, it contributes largely to an economy. With the rise of the global issues of deforestation and global warming, farming needs to be conducted in a safer manner. Various farming methods do lead to deforestation, and the usage of artificial fertilizers is deteriorating the timbre of fertile land. Hence the practice of the natural methods on all types of farming should be given lighter. 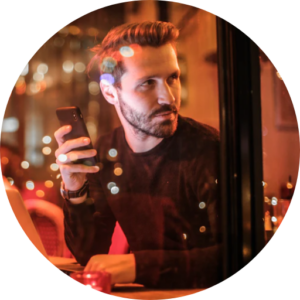